Sweet groceries
Refine search
Do not miss
Price
from to
Ratings

The chestnut is perhaps one of the last tasty pleasures from ancient times to survive on the street.

Who has never come across these haranguing street vendors pushing their mobile braziers in the autumn or in the cold of the city winter? Who has never smelled the incomparable scent of roasted chestnuts, evocative of wood fires, intimacy and warmth? Chestnut or marron?

Where does chestnut come from?

The famous chestnut tree in our parks and avenues does not produce anything edible. The law has addressed the issue: a chestnut variety is said to be "marron" when it produces fruit with less than 12% division percentage. The fruit called chestnut will generally end its existence candied or glazed, offered in the festive period to the covetousness of relatives or friends in a pretty box.
It is customary to eat it during the Christmas festivities as a garnish for poultry, turkey or goose.

Chestnut in all its states

At the industrial level and intended for use in baking, it is possible to obtain chestnut paste concentrate. The solid texture of this paste can be worked with a whisk or a mixer and can be lightened with whipped cream or egg whites to obtain light and fragrant mousses. It can also be shaped into a chestnut to make simple and original petits fours after coating with chocolate.

It is a very original food: a fruit in the botanical sense of the term, the chestnut is somewhat similar to a tuber, if only because of its starch content. It has a protein content similar to legumes. It contains a good quantity of fat as well as numerous trace elements, including iodine, manganese and copper. 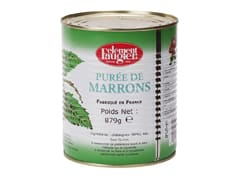 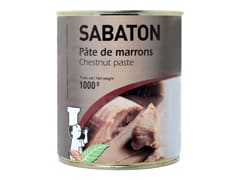 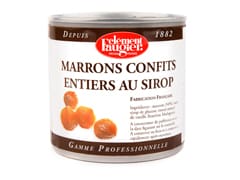 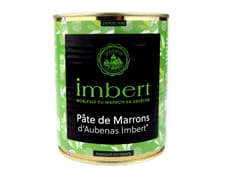 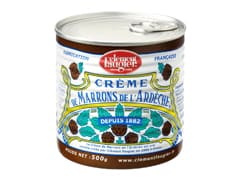 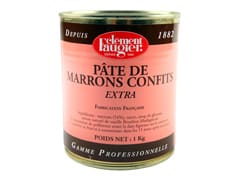 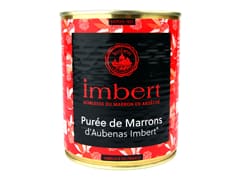 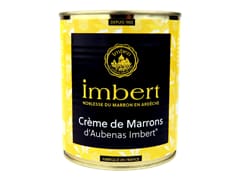 Chestnut purée Made in France