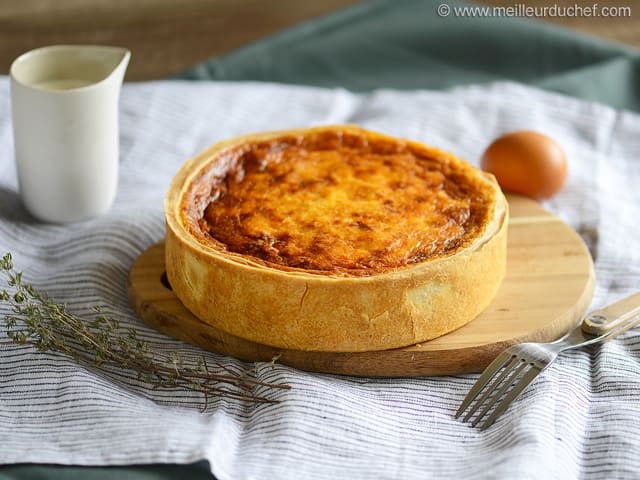 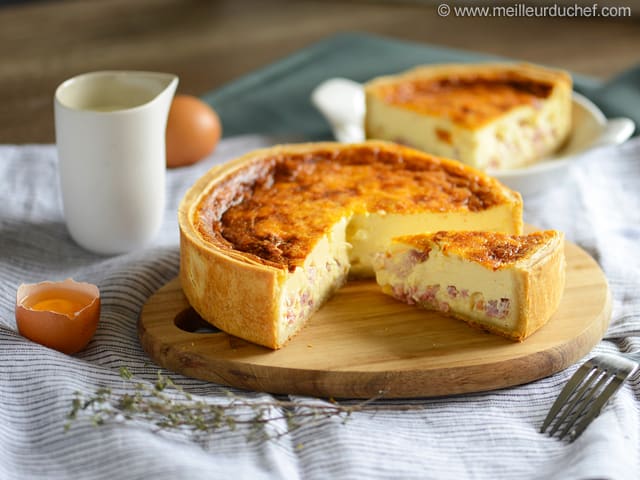 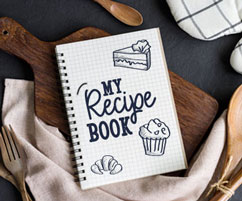 In one click, store and find all your favourite recipes. 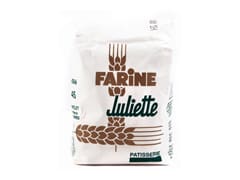 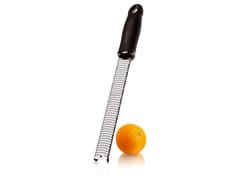 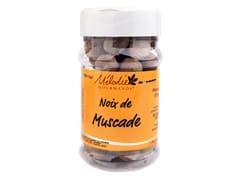 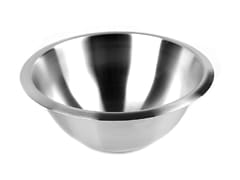 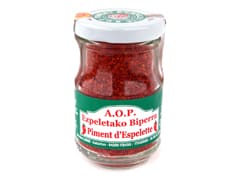 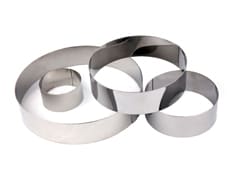 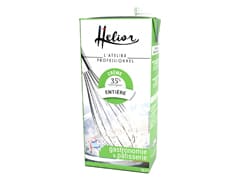 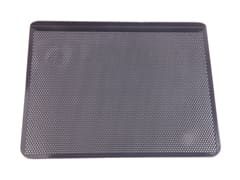 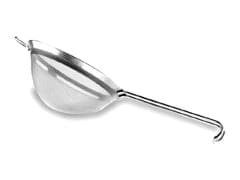 The creation of Quiche Lorraine dates back to the 16th century. Originally, quiche Lorraine was prepared in a skillet and didn't contain any meat. Later on, quiche was composed of bread dough, smoked pork belly, eggs and heavy cream. It was said that Charles III, the Duke of Lorraine, loved it so much that he almost went broke! The more modern round shape appeared in 1736 thanks to a chef working for Stanislas, Duke of Lorraine. Lorraine introduced this comforting, creamy dish to the French later on. A real success!

Before starting this Quiche Lorraine recipe, organise the necessary ingredients for the shortcrust pastry.

For the shortcrust pastry:Place the flour and salt in the stand mixer recipient.

... and mix the ingredients with the flat beater...

... until you obtain a crumbly consistency.

Combine with the flat beater...

... until you get a consistency that neither too firm nor too soft (add more water if necessary). The dough should be soft without sticking to your fingers.

Stop the beater when the dough is homogeneous.

The shortcrust pastry is ready.

... and place the dough on the floured surface.

Work the dough (stretching and regathering) to obtain a homogeneous consistency. This operation aims to get rid of any unincorporated chunks of butter left inside the dough.

Shape the dough into a ball and wrap with cling film.

Refrigerate for at least 1 hour. The shortcrust pastry can be prepared the day before and stored in the fridge overnight.

Take the shortcrust pastry out of the fridge and roll out on a floured surface using a rolling pin to a thickness of 3 or 4mm.

Roll out the dough to a round shape.

Wrap the pastry around the rolling pin.

Arrange a mousse ring Ø 20cm on a Silpat baking mat, placed on top of a Silichef XL perforated baking sheet.

Place the shortcrust pastry over the stainless steel ring...

... and line the inside of the ring with the pastry. There's no need to grease the ring.

Ease the pastry in the angles at the base of the ring.

Slide the rolling pin over the ring to cut the pastry excess.

Make sure the pastry perfectly lines the sides of the ring. Store in the fridge or in the freezer. This is essential to get optimal baking results. Afterwards, you can pre-bake the shortcrust pastry case (this is called blind baking). This step is optional (please watch the video if you wish to blind bake the pastry).

For the filling: Place the bacon lardons in a hot non stick frying pan. There's no need to add fat to the pan.

Brown the bacon for a few minutes, stirring regularly.

When cooked, pass the bacon through a fine sieve to get rid of the fat excess.

For the quiche batter: Place the whole eggs and egg yolks in a mixing bowl.

... and Espelette pepper (or ground pepper).

Mix the preparation with a Bamix hand blender. You can also use a hand whisk. I prefer using a hand blender for a more homogeneous result.

Take the shortcrust pastry case out of the fridge. Arrange a layer of grated Emmental cheese at the bottom. The cheese is optional and is actually not part of the traditional quiche Lorraine recipe.

Place the bacon lardons over the cheese (or at the bottom).

Cover with the quiche batter and fill the pastry case, leave a small gap of 2 or 3 mm on top.

... and bake for 35 to 40 minutes (depending on the type of oven). Shake the baking tray gently to check whether the quiche is cooked: if the batter is too wobbly, the quiche needs to cook longer.

When cooked, remove from the oven and leave to cool at room temperature.

Remove the stainless steel ring while the quiche is still warm for an easier operation. Slide a knife blade between the shortcrust pastry and the ring...

... then slide the ring upwards to release the quiche.

The quiche Lorraine is ready. It is delicious served warm or cold with a side of lettuce. Bon appétit!

or
Quiche Lorraine
What a great recipe, especially with your adaption of the Emmental Cheese. 5 Star!

I must say I have tried and been impressed with all of your recipes, however, I would like to give a particular shout-out to your Mocha Cake it is brilliant.

This is the first recipe I tried and me and my family loved it! It's very tasty and every step in your description is very easy to follow.