Madeleine mould is a great classic to have in your kitchen. Madeleine is a traditional Lorraine cake which seduces with its simplicity and friendliness. Little childhood pleasure, the Proust's madeleine that we soak in a hot drink and revive our memories.

Madeleine mould for all tastes

Chef Philippe shares madeleine recipes to bake in a madeleine mould at your fancy. You can choose the traditional madeleine recipe - Lemon Madeleines. To add a little strength and softness to your madeleines, try the recipe for vanilla madeleine and chocolate chips

Madeleine mould and history of Madeleine

This little egg cake has a shape of its own that owes nothing to chance. Madeleine mould was created in the Middle Ages to make brioches and biscuits, which were given to pilgrims to Saint-Jacques de Compostelle whose emblem is the scallop shall.

As for the recipe, like many others, it knows several stories, but they all originated in Commercy, Lorraine. A young cook, Madeleine Paulmier would have given her name to the madeleine. The question is whether she was a maid or a cook. If she was a maid, she would have come up with a grandma's recipe for dessert because of the chef's departure. If she was a cook, she would have invented an original recipe. In any case, this madeleine recipe would have strongly seduced King Stanislas of Poland.

During the Second World War, one could find sellers of madeleines along the railway tracks. Each one selling their own version of madeleine. Their baskets represented the manufacturer of that particular madeleine. Even today, several houses specialise in Madeleine making such as the Madeleine Cloche d'or, a real Madeleine from Commercy. Regardles of manufacturer, the madeleine has always this shell shape given to it by the madeleine mould. 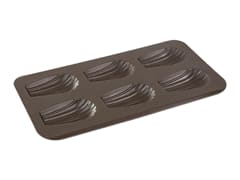 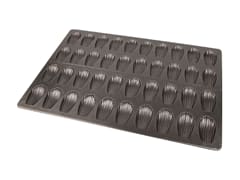 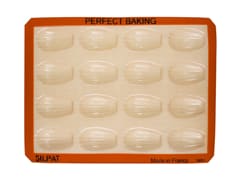 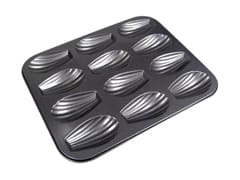 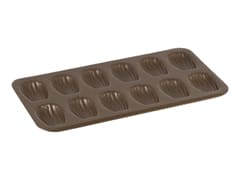 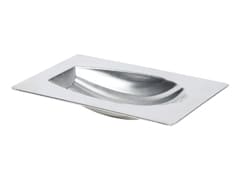 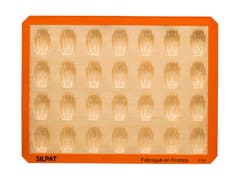